Vascular endothelial growth factors (VEGFs) are master regulators of vascular development and of blood and lymphatic vessel function during health and disease in the adult. VEGF is produced by several cell types such as fibroblasts, inflammatory cells, and many tumor cells, often in response to increasing tumor hypoxia via the HIF-1a pathway.

Currently, the VEGF family is composed of five structurally related factors: VEGFA (most well characterized and denoted VEGFA165), VEGFB, VEGFC, VEGFD and placenta growth factor (PlGF). The VEGF family members are homodimeric polypeptides although naturally occurring heterodimers of VEGFA and PlGF have been described. The main VEGF receptor on endothelial cells is VEGFR2. VEGFR2 is essential for endothelial cell biology during development and in the adult, in physiology and pathology. More is known about VEGFR2 signaling than for the other VEGF receptors.

In VEGFA165-mediated signal transduction of VEGFR2, the coordinated arrangement of endothelial cells in three dimensions to form and maintain a vascular tube requires endothelial cell proliferation, migration, survival, and permeability. These biological responses are mediated mainly by VEGFA-activated VEGFR2, via a complex network of intracellular signal transduction pathways. On VEGFA-binding to extracellular Ig-like domains 2 and 3 of VEGFR2, signaling molecules bind to phosphorylation sites in the intracellular domain of VEGFR2 and activate downstream mediators resulting in biological responses such as proliferation, migration, survival and permeability.

Activation of the VEGF pathway has been identified in many disease processes ranging from cancer to autoimmunity, retinopathy and many more. The development of highly specific inhibitors of both the VEGF ligand (bevacizumab, VEGF-Trap, ranibizumab) as well as the VEGF receptor (cediranib, pazopanib, sorafenib, sunitinib, vandetanib, axitinib, telatinib, semaxanib, motesanib, vatalanib, Zactima) relates to the central role that this pathway plays in disease.

A Selection of VEGF Research Products

Biorbyt has an extensive range of small molecules available as research reagents to target proteins in the VEGF pathway. We provide the best service and a simple buying process allowing you to focus on your valuable research. Take a look at our product pages where you will find competitive pricing, lead times, and easy delivery options. If you have any questions, just ask us. 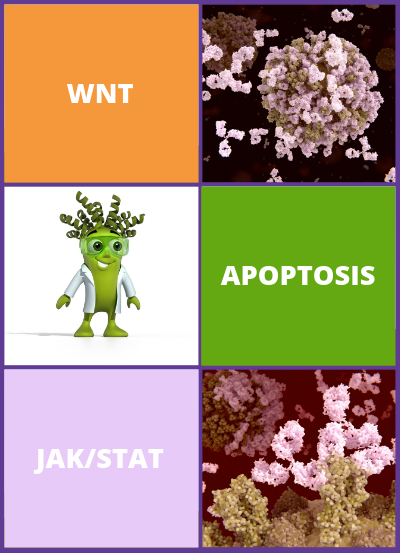 Signaling Pathways
We use cookies to provide you with a better service. Carry on browsing if you're happy with this, or find out how to manage cookies