Monoclonal antibodies; one of the most widely used tools in biological research, with the potential soon to become important therapeutics, have been with us for just over 40 years. These antibodies are monovalent, bind to a single epitope and are produced by a single B-lymphocyte clone. The first monoclonal antibody was generated in mice in 1975 by Milstein and Kohler, using the hybridoma technique.

Milstein and Kohler realised that in order to get an antibody where each molecule was identical to one another, they could harvest single B-cells from the spleen of a mouse and fuse them to myeloma (cancer) cell line, producing hybridomas.

Antibody-producing B-cells are clonal, derived from memory B-cells, which means that every B-cell generated from a single memory B-cell produces the exact same antibody. These are termed ‘Monoclonal antibodies’ (single clone). 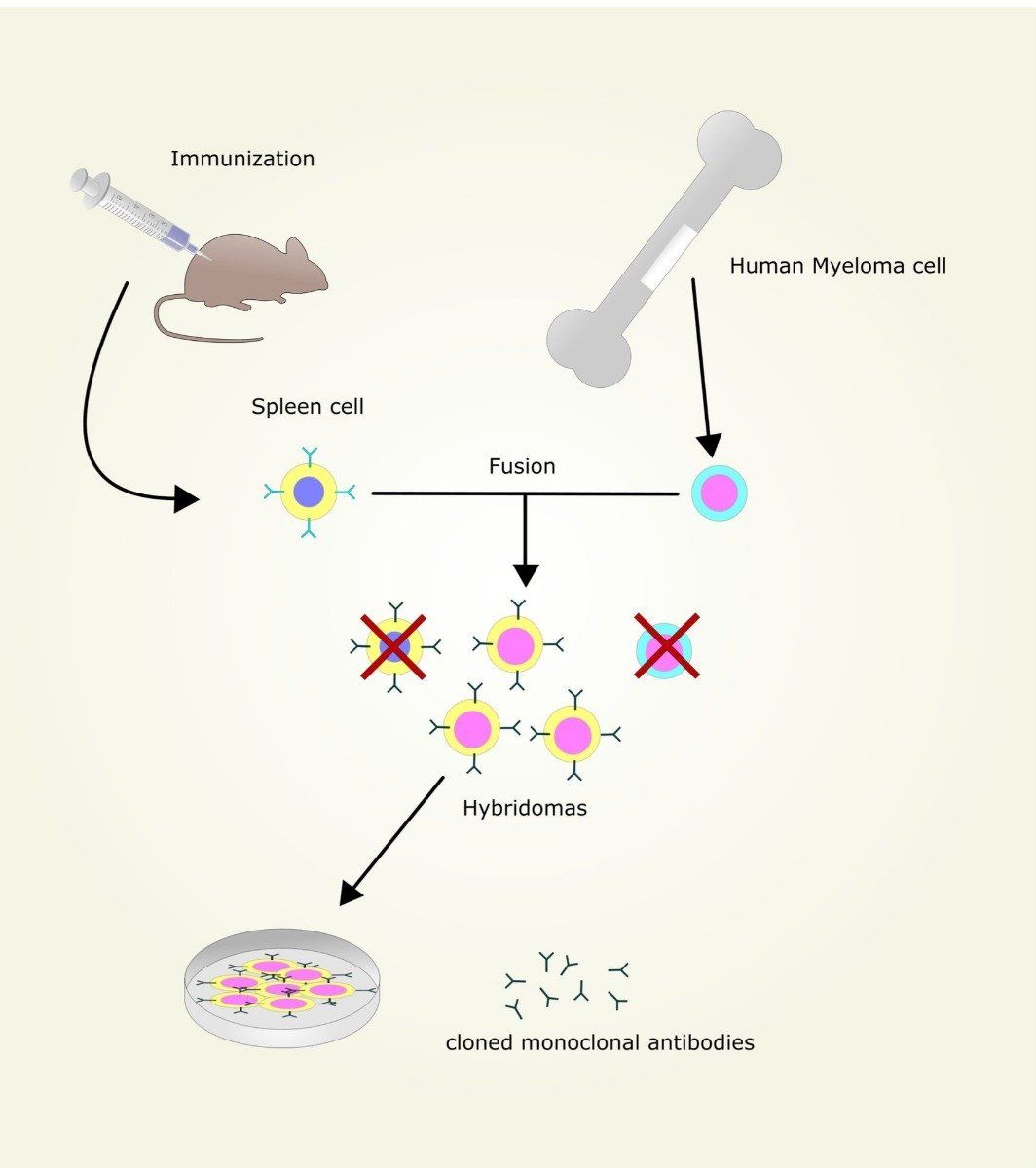 Antibodies with this level of specificity are a popular research tool for the detection of a single protein. They can also be used as a probe to locate the protein of interest inside a cell or organ. In recent years, alternative methods of producing monoclonal antibodies have become available. The so-called phage-display method meant that recombinant versions of the antigen-binding part of the antibody could be screened for specificity from a library of fusions to a carrier phage protein. Following on, further refinements to recombinant antibody production resulted in cell line-producing recombinant antibodies where the species of the constant region can be customized. The advantage of this new production method is that the issues around long-term stability of a hybridoma, with potential loss of a precious clone, is avoided.

The most important reason to use a monoclonal antibody has to be its consistency. As the cell-line is essentially immortal and unchanging, no new animals are needed for further production and the antibody remains consistent from batch to batch in its performance.

In addition to the use of the entire immunoglobulin, for certain experiments these immunoglobulin molecules can be cleaved to give smaller versions with specific properties. The the constant region (Fc) of the immunoglobulin can be cleaved either above or below the hinge region, leaving either (Fab’)2 or Fab fragments. Since the Fc portion has affinity to Ig receptors, the removal of this part of the antibody reduces non-specific binding and is therefore often used in Flow cytometry applications or where binding to Fc receptors must be avoided.

Application Notes
We use cookies to provide you with a better service. Carry on browsing if you're happy with this, or find out how to manage cookies