Be the first to review this product
References (0)
Images (0)

Total cell Iysates are useful as both positive and negative controls in immunoblotting. A431, a human epidermoid carcinoma cell line, and the EGF-stimulated A431 Iysates are used as negative and positive controls, respectively, when studying the phosphorylation cascade initiated by ligand binding to receptor tyrosine kinases. Both A431 and normal human fibroblasts are valuable positive controls for antibodies to proteins expressed in these cells. The mouse fibroblast cell line 3T3 and its RSV-transformed counterpart serve as negative and positive controls, respectively, for antibodies to proteins that are phosphorylated as a result of transformation by RSV (Rous sarcoma virus). Madin-Darby bovine kidney (MDBK) cell Iysate displays proteins expressed in bovine kidney and PC12 (rat phaeochromocytoma) cell Iysate can be expected to mirror the protein expression of cells and tissues of neuroectodermal origin. Likewise, Jurkat cells express the proteins unique to human T-cells. Rat brain is a widely used positive control for those proteins that are exclusively expressed in the brain. See the example of the use of positive and negative control Iysates in western blotting.

Reviews
Reviews
Write Your Own Review
Compare Products
Compare
Clear All
You have no items to compare. 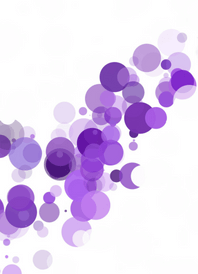 Biology Tools
We use cookies to provide you with a better service. Carry on browsing if you're happy with this, or find out how to manage cookies