What are Heat Shock Proteins?

Heat shock proteins are divided into several classes, they are found in every living organism. As well as being constitutively expressed regardless of circumstances, HSPs were named because they protect cellular proteins during extreme heat.

It is now recognised that HSPs are produced in response to extreme cold, exposure to UV, pH changes, toxicity, oxidative stress, nutrient deficiency, disease (including cancer) and tissue damage.

Genes responsible for production of HSP proteins are capable of rapid synthesis when necessary, cells experiencing stress respond with significant upregulation of HSPs.

Heat shock factors such as HSF1, HSF2 and HSF4 from the heat shock factor family promote rapid transcription and will stop the process once no longer needed.

The production of HSPs during extreme heat is a useful marker in forensic analysis of tissues subjected to fire as an increased amount of HSP indicates that the individual was alive after the fire began.

HSPs are an increasingly useful tool in a wide range of research fields: immunology, neurology, ageing, cancer and cell signaling, among others. 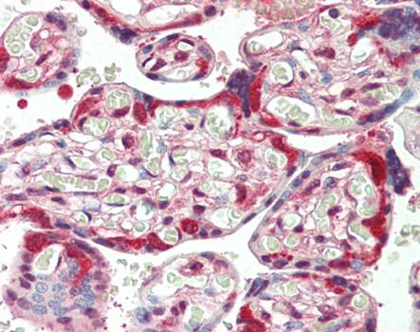 What Heat Shock Proteins do

HSPs help to maintain homeostasis and stability of cellular proteins in many ways, they often work together to perform a combination of events.

With some functions not yet understood, it is known that many HSPs have multiple roles.

HSPs have the ability to form complexes with substrate proteins and with each other to aid synthesis, assembly, folding, quality control, import and export of proteins as well as playing a role in preventing aggregation and regulating apoptosis.

They function within the cytosol, in mitochondria and in endoplasmic reticulum (ER), helping to control movement of proteins and peptides within and between cells.

As well as managing repair or degradation of damaged proteins, HSPs frequently act as chaperones for proteins within the cell.

They have been found to activate immune responses, HSP90 and HSP70 HSP groups play an active role in alerting immune cells to potential threats such as the presence of cancer or invasion by pathogens.

HSP90 is found in large quantities in the cell, forming up to 2% of protein within an unstressed cell, complexes containing HSP90 perform many functions including activation of hormone receptors and key signaling kinases.

With antibody binding capabilities, identification and quantification of HSPs is easy. Emerging areas of research show that HSPs are regulated by statins.

Heat shock protein-peptide complexes could potentially be used within vaccines and as a drug target. With such a wide range of functions and capabilities, HSPs have great research potential.

Biorbyt support current and future research of heat shock proteins. We supply a wide range of high quality products for your HSP research, helping you achieve robust and reliable results. HSPs form complexes with each other, with kinases in cellular pathways and other molecules including antibodies, making them a valuable research tool. See Table 1 above for a selection of the antibodies, proteins and ELISA kits offered by Biorbyt for your heat shock protein research. Speak to our advisors who will be happy to help you choose the right product to obtain accurate and reliable data.